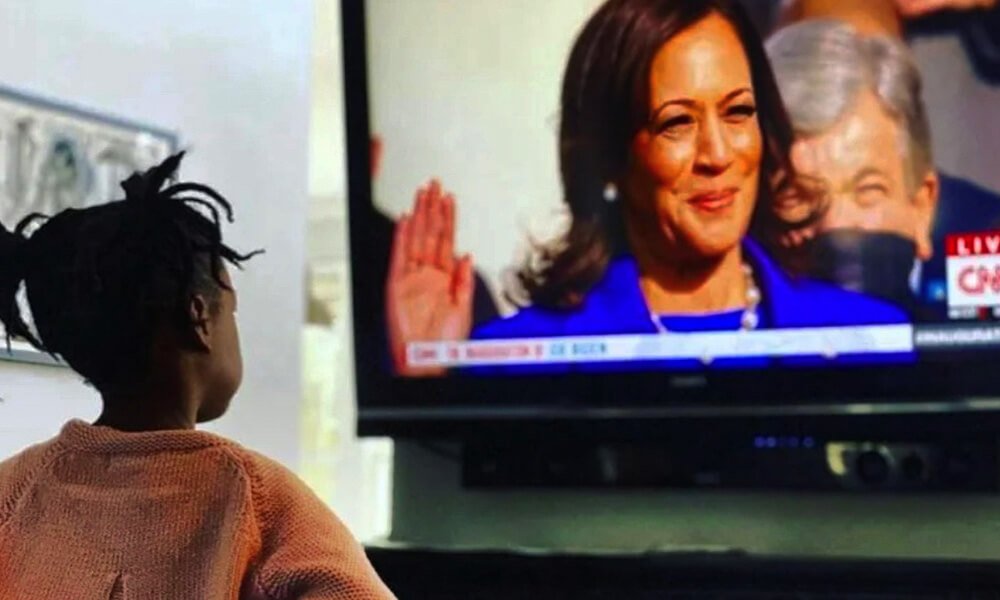 The Benefits of Role Modeling in Education

On January 20th, 2021, the world watched in excitement and joy as Kamala Devi Harris became America’s first woman elected as Vice President. Her election was boundary-breaking in several different ways. Not only was she the first woman, but in one fell swoop, she became the first person of both African American and South Asian heritage to hold the position.

Vice President Harris is a remarkable public servant and community leader, having spent decades fighting for the rights of California’s most vulnerable citizens as a prosecutor, district attorney, attorney general, and senator. In addition to her political career, she has always made it a priority to speak openly about her positive influence on young children, starting with her niece and grand-nieces.

When the people in leadership positions and positions of power look like you, it’s so much easier for young children to imagine that they too could one day hold similar positions, and strive for the same achievements. Until Vice President Harris’s election, only young white boys in America could access that privilege.

Today, we’ll talk about the benefits of role modeling in education, and how moments like these can help push forward the goals and dreams of our young girls.

Why is Role Modeling So Important?

There is a wealth of research to suggest that role modeling isn’t just a matter of optics. It’s a legitimate teaching tool that helps tackle both the conscious and unconscious aspects of learning.

In one study of physicians’ role modeling in education, the authors found that “doctors historically have patterned their activities on those of practitioners whom they respect and trust. These have been called role models, individuals admired for their ways of being and acting as professionals. Both consciously and unconsciously, we model our activities on such individuals.”

Any teacher will tell you that there’s more to education than just presenting the material and expecting students to learn and understand it immediately. Some of the most influential teachers are those who can make the subject matter personal to each student. This begins with an understanding of not just the material, but how the teacher’s own presentation, personality, and style affects their students.

When it comes to female students or students of colour, it’s so important for them to be able to see role models who look like them, especially in STEM subjects and other areas that have traditionally been bastions of white male success. Having a strong woman of colour leading from the White House is a great first step, but having mentors and role models closer to home is key to helping our girls succeed.

So, how can we use the election of Vice President Harris as a jumping-off point to increase mentorship in our own communities?

Here are a few suggestions.

Role models don’t necessarily have to be people who look exactly like us. Individuals from underrepresented groups or even just people who experienced barriers of some kind all make great role models for our young students.

To help encourage people to see beyond visible differences, make a point of talking about barriers, and what your students can do to overcome them. If you have appropriate anecdotes from your own life, share them freely. This is a great way to encourage our girls to have an achievement-focused mindset.

One of the barriers holding girls back from STEM fields is the notable lack of role models who look like them. Most school-aged children know about Albert Einstein and Neil DeGrasse Tyson but may not have heard of Marie Curie, Sally Ride, or Katherine Johnson.

Incorporating positive role models like these accomplished women into your classes is a great way to inspire your students and help encourage them to see themselves within these fields.

Mentorship and role modeling are both positive ways to inspire young learners, but to get them truly engaged you’ll need to help them find peers with similar interests.

Whether it’s through in-person clubs or moderated online forums, finding these networks is a great way for our young girls to build the connections that will help support them through their interests, and hopefully later in their careers.

Having positive female role models within global leadership is just the beginning.

Get in touch with us to learn more about how we view mentoring, and how our programs can benefit the lives of young girls.