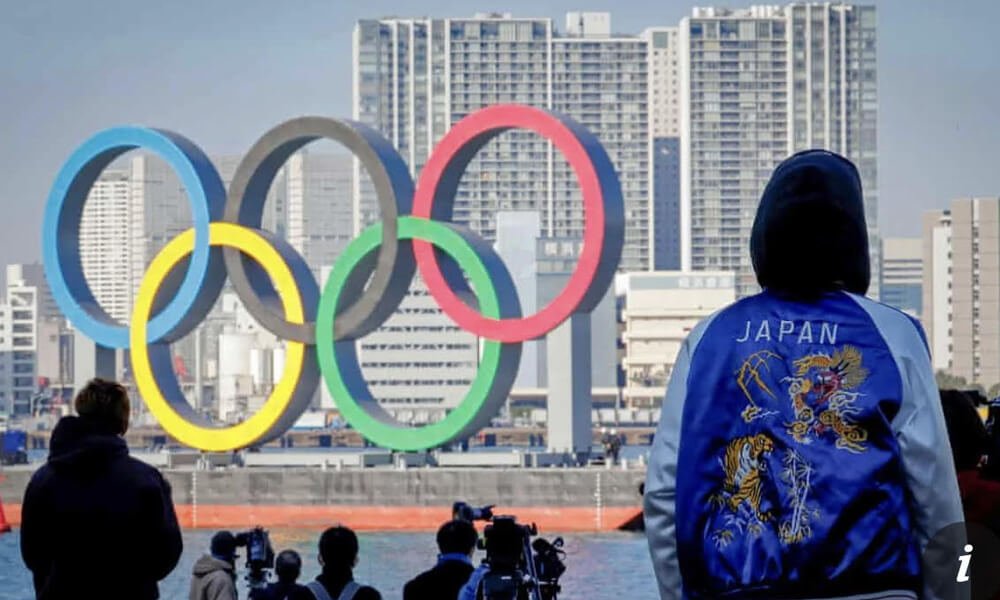 The recent 2020 Summer Olympics were remarkable in several different ways.

For one – they weren’t actually held in 2020. Due to the pandemic, the games were delayed by a full year and were held in the summer of 2021 in Tokyo, Japan.

The second way in which these Olympic Games were exceptional was due to the conversations on mental health that took place before, during, and after the Games. Because of the incredible strength and courage of Olympians like Naomi Osaka and Simone Biles, this conversation brought a new dimension to the Olympic Games, raising awareness of mental health and the societal expectations placed on not only athletes but women and girls all around the world.

Maybe you’ve had conversations with your daughter, or other young girls in your life about this topic already. If you haven’t, there’s a lot that young girls can learn about mental health from these conversations.

Conversations About Mental Health at the Tokyo Olympic Games

Leading up to the Olympics, conversations on mental health began to ramp up when star tennis player Naomi Osaka withdrew from both the French Open and Wimbledon after she was forced to choose between playing a game she loved and her mental health.

At the time, she cited a need for “personal time”, but later clarified that her need to take time away stemmed from the fact that she never felt good enough. This is a feeling that many people, especially young girls during the most growth-oriented time in their life, can relate to.

In a statement, Osaka wrote: “Recently I’ve been asking myself why do I feel the way I do and I realize one of the reasons is because internally I think I’m never good enough. I’ve never told myself that I’ve done a good job but I do know I constantly tell myself that I suck or I could do better.”

This level of self-doubt is heartbreaking to hear from any girl.

Later, a new facet to this conversation was introduced when Simone Biles, the star of the U.S. Olympic gymnastics team, left the competition floor and withdrew from the team final. She was widely expected to lead the American team to a gold medal, but midway through the Games had developed the ‘twisties’, a well-known condition in which the gymnast loses control of their body as they spin through the air. This mind-body disconnect, which can be brought on by mental health challenges, is incredibly dangerous.

By choosing to step back and prioritize her mental health, Simone Biles demonstrated the power of self-awareness, courage, and compassion.

Teaching Our Girls About Mental Health

By using the examples of Naomi Osaka and Simone Biles, you can help emphasize the importance of prioritizing mental health, even in high-stakes moments that may seem inconvenient or embarrassing. These courageous women teach us that there’s nothing more important than our mental wellness, even an Olympic gold medal.

If you’ve been wondering how to start a conversation about mental health with your daughter, try using these events as a jumping-off point. Then, use some of the following tips to structure a conversation that is open, compassionate, and honest.

When talking to very young girls, it may help to phrase things in a more general way. However, older girls should know terms like ‘depression’, ‘mental illness’ and ‘suicide’, which helps minimize fear of these concepts.


When parents share their experiences with mental health, it can help our daughters learn to be honest and unashamed about their feelings and remove the harmful stigma.

Ask how they’d prefer to communicate

Not all children are comfortable having a sit-down conversation. Remind them that you’re always there for them, even if they’d prefer to communicate differently, like through text or email.


Even if your child seems happy and normal, don’t stop inquiring about their mental health. Open-ended questions are the best for starting conversations.


Ultimately, your child needs to know that you’ll be there for them, regardless of how they feel. Offering reassuring and encouraging words on an ongoing basis will help them feel more comfortable opening up.