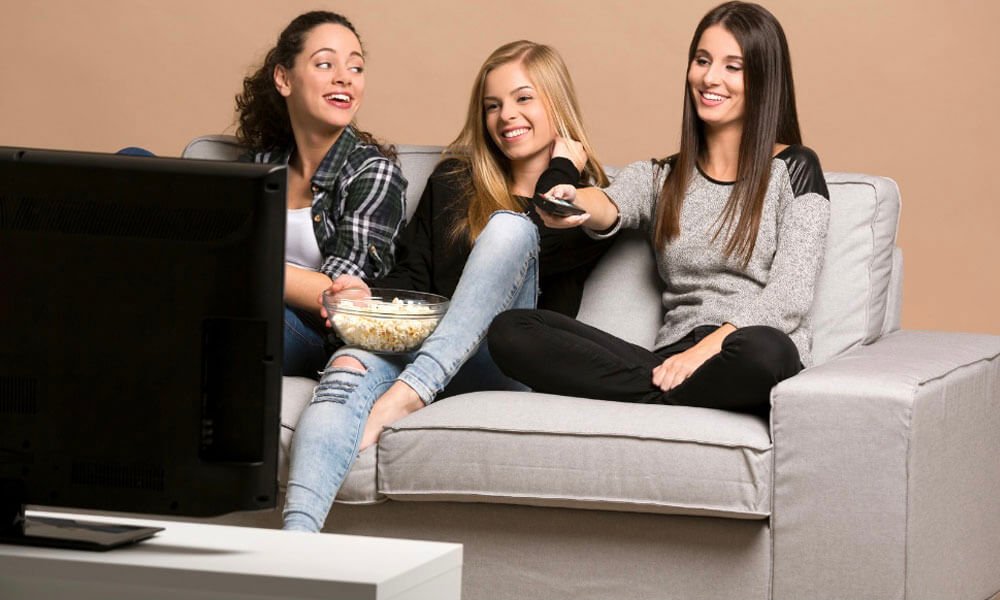 With school out and many extracurricular and social programs on hold due to COVID-19, it’s no understatement to say that many teens and tweens are watching much more TV than normal. This has been a global reality during the last year and a half.

While placing limits on screen and device time is a positive step, the unfortunate truth is that many parents and kids alike are stretched to their limit trying to find safe activities they can do to fill the time.

In fact, research suggests that many people have come to rely on TV watching not only to fill the time but also as a form of “adaptive comfort” during the pandemic, according to one Italian study done in April 2020. The study authors found that most people who reported watching more TV during lockdowns also reported corresponding high levels of stress and anxiety.

While things in many places are slowly returning to normal, the reality is that TV will continue to be a favored way to pass the time. To help bond with your daughter and create shared memories, why not start a TV show together? This is a great way to grow your common vocabulary and connect while relaxing together.

Here are some of our favorite teen TV shows that are interesting to watch, but have a positive overall message.

Black-ish, which ran for 7 seasons on ABC, is a sitcom that focuses on an African American family living in Los Angeles. Most of the action of the show focuses on how parents Andre and Rainbow Johnson are raising their children, and what it’s like to try to instill African American culture into modern family life. The show received great reviews, and viewers loved the strong cast, funny script, and much-needed dose of reality that were able to inject into every episode.

Ugly Betty ran from 2006 to 2010, and follows unsophisticated Betty Suarez as she starts her career in a prestigious fashion magazine. Young girls who are into style will love the look behind the scenes at fictional fashion magazine Mode, while parents will appreciate the strong female role model their daughters have in Betty, a go-getter whose positive growth and maturation is the show’s greatest asset.

Want your daughter to have a strong, butt-kicking role model in her life? Buffy the Vampire Slayer is a popular TV drama that ran from 1997 to 2003. Created by sci-fi legend Joss Whedon, the show follows Buffy, a teenage girl who battles evil supernatural forces all while dealing with the trials and tribulations of high school. If your daughter loves the Marvel Cinematic Universe or other epic sci-fi and action films, this is a great choice for her.

Created by Mindy Kaling, Never Have I Ever follows Devi Vishwakumar, a young Indian American girl, as she navigates her teenage years after the death of her father. The show, which is set to have its second season premiere this month, is a fantastic look at the realities of growing up as a minority in the United States, and how tough issues like grief, difference, and shame can impact adolescence.

Sex Education is a hilarious show that originally premiered in Britain in 2019. The primary protagonist of the story is Otis Milburn, an insecure boy who sets up a business helping his fellow classmates answer all their burning questions about sex. How does he know all the answers? His mother (played by Gillian Anderson) is a sex therapist.

All of these shows can easily be found online, and would make a great evening’s entertainment for you and your daughter. For more resources on creating deeper connections with the young girls in your life, get in touch with us today.

← Mama Needs Sleep: The Importance of Getting Your Kids to Sleep Well How the Media Influences Teen Girls Through Unrealistic Expectations →