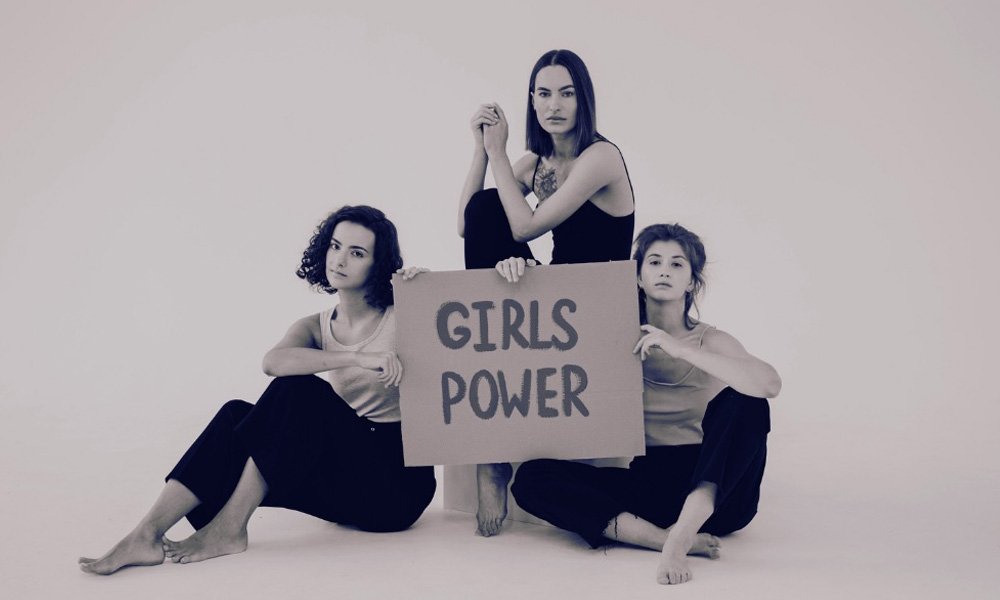 In the 180+ years since the word feminism first started to be used in public discourse and in print, the word has taken on a myriad of different meanings. Early on, it was simply used to refer to uniquely feminine qualities or characteristics but was soon adopted in the fight for equal rights for women.

Now, most of us are familiar with the ideals of modern feminism, which seek to create a society where all people regardless of gender or gender presentation are offered equal rights and opportunities.

Despite 88% of the world believing that men and women should be treated equally, the number of individuals identifying as feminists doesn’t even come close to this number. Even in the United States, the percentage of the population that self-identifies as feminist sits around 58%.

Given that the vast majority of us believe in equal rights for men and women but just over half identify as feminists, it’s understandable that many parents struggle to determine the best way to bring up these topics with their children.

Why Teach Our Children About Feminism

Helping your children develop their views of the world is undoubtedly one of your most critical tasks as a parent. Raising children that are fair-minded, open, and caring starts early on and continues for the rest of your lives together.

Some children (and adults, for that matter) hold the mistaken belief that being a feminist somehow means that a person is somehow anti-men, or believes that women should be given more than anybody else.

It’s important to offer your children a thorough understanding of feminism as they’re growing up, to help reassure them that victory for some doesn’t necessarily have to mean defeat for another – a lesson that’s critical to learn in order to ensure positive and healthy relationships.

How to Start a Conversation About Feminism

While most parents do not doubt the importance of feminism, it’s hard to know where to start. Let’s walk through a few conversation starters to help make this complex discussion simpler and easier for both you and your children.

“Did you know there was a time when women couldn’t vote?”

It can be difficult for children to imagine a time before the world as they know it existed. Learning about past injustices can help our children realize just how important feminism has been in the past and will continue to be in the future.


“Would you ever want to be treated differently just because you’re a boy/girl?”

Sometimes, making it personal is the best way to bring home the realities of feminism and equality for a younger child. Talking to them about the opportunities they have, and how those resources should be open to everyone is a great way to make them realize how lucky they are. It may also help them become more cognizant of times when they or someone else is being treated unfairly.


“Can you think of any times when you’ve been treated unfairly because you’re a boy/girl?”

Helping your child process the realities of sexism, racism, or inequality is one of the most difficult but necessary jobs of a parent. In your conversations about feminism, encourage them to look back on situations that felt unfair, and help put them in a broader context.

Boys may bring up times where they were told not to cry, or teased about picking a doll over a toy car. Girls may realize that they were not actively encouraged to join the math team, or were continually offered certain colours of clothing when they preferred others.

By having these hard yet necessary conversations with your child, you can help them begin to create an understanding of feminism and equality that will be with them for the rest of their life.